What do you want to be known for?

March 13, 2018 By Cathie Jackson With Comments are off for this post

David Towsey describes an unexpected collaboration formed in the months since his participation at Welsh Crucible 2017. 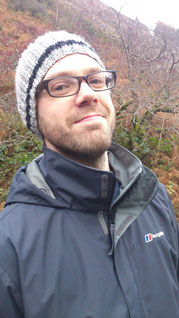 “What do you want to be known for?”

That was just one of the many questions posed to our cohort over the course of Welsh Crucible 2017. It’s the kind of question you might expect at a job interview: “Where do you want to be in 5/10/15 years time?” And, if you’ve prepared, you have a quick answer ready that shows you’re ambitious (but not too ambitious) and that you really see that employer as a significant part of your future.

But really, if you look at the above question closely and then take five full minutes to think it through – as we did as a room full of academics on Crucible – it’s actually a different beast entirely.

“What do you want to be known for?”

Go ahead, think about it. I’ll wait.

It’s a big question, isn’t it? It’s asking you: how do you want other people to think of you? What, in the eyes of others, will be your defining characteristic or achievement? When you’re gone, how will you be remembered?

And, perhaps most importantly, how is all that going to impact on how you see yourself?

One of the powers of such a question on a programme like Crucible is it cuts through a lot of the background noise: the discussion of marking, teaching loads, promotions, colleagues, management, even the process of publication. For me, it was a game changer because it stripped back all that stuff we attribute such short-term importance to and focused us on the big picture.

Now, on another day I could have quibbled. Said to Sean (and myself) I was just too busy. It was a bad time. I had other things to focus on, students to supervise, marking to manage. But I didn’t want to be known for that.

Funnily enough, Sean and I didn’t even get a chance to sit down and properly chat about his plans for his company, Pill Bug Interactive, during Crucible. It was lost in the whirlwind of talks, guest speakers, and research plans. But emailing Sean was the first thing I did post-Crucible. The very next day, in fact.

That was eight months ago. This weekend Pill Bug Interactive released its second game: Cycle 28. It’s a fast-paced arcade space shooter with a mystery at its heart (how’s that for an elevator pitch, Vivienne?). And the response has been overwhelming. Players, streamers, and reviewers alike have recognised the hard work that has gone into the programming, design, and narrative work both Sean and I have put into the game.

So, back to that question posed by Crucible. Do I want to be known for making Cycle 28?